Today Garrett Stanley has been a successful journeyman electrician for eight years, gainfully employed and working at commercial and industrial sites in Austin, including power plants and water treatment plants. He worked with the same company from 2006 until late 2014. He had promoted to the position of general foreman, but his ability to run and organize large jobs recently gave him an even higher position with a different company. Stanley is now construction manager of special events and new construction in Texas for a major cell phone provider. These advancements are in stark contrast to the past he left behind as a resident of the Texas Youth Commission (age 14-16) and the Texas Department of Criminal Justice (age 17 to 29). He served 12 years on three prison units during a 17-year sentence.

The jobs skills and talents that helped turn his life around came as a result of correctional education in TDCJ. Stanley fortunately fell under the guidance of skilled vocational instructors during his years at the Luther Unit in Navasota; education helped him re-direct his path. The young man discovered an aptitude for electrical work when he enrolled in Windham School District’s electrical trades program, and today he credits those teachers and WSD’s vocational program for his success. 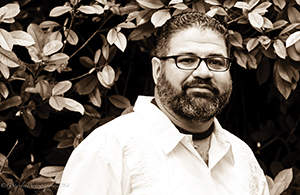 "My Windham teachers showed patience, effort, and kindness; they were very helpful. They taught us even when some of us seemed unteachable," he recalls. "I now have a good job and a good career due to the classes and skills learned through the WSD electrical trades program. I give all the credit to WSD. I can make an honest living, I am a citizen of society and I pay taxes – no one can take these things from me."

Stanley completed his WSD classes, worked in the unit maintenance department and as a teacher’s aide in the electrical trade classes, and earned his Associate of Arts degree. When he was released in 2006, the state’s Project RIO program assisted him with purchasing tools, and he answered a newspaper ad for an electrical job. He was given an interview by a union electrical shop, who handled industrial and commercial electrical installation. Stanley was honest about his criminal history, choosing to deal with parole discussions early in the interview meeting. He was hired on the spot and began his job the next day with construction of a new elementary school.

Prepared for all assigned tasks, he immediately volunteered for evaluations at an apprenticeship training center to set his pay scale even higher. Stanley passed a series of progressively-difficult skills evaluations, ranging from conduit bending to understanding motor controls. Despite a lack of work history, certifications he earned in prison, including six different On-the-Job (OJT) certifications, were taken into consideration. He was then named a New Hire Intermediate Journeyman by the Austin Joint Apprenticeship and Training Committee for the Electrical Industry. He was also given encouragement to seek additional opportunities for more training and increased pay, and he enjoyed working with his employer until October 2014, when other job opportunities arose.

Stanley says he enjoys the privileges of freedom, such as voting, living as a citizen, getting married, and even going on a cruise, and he continues to share his success story with current residents whenever possible telling them, "Go to school, take pride in the work you do. Educate yourself for the future and dedicate your time towards an education and skills that can provide a career once you are released." He has also found a way to encourage others to succeed by working as an AA volunteer for the past year and a half on weekends at TDCJ prisons in Burnet and Hondo.

"I’m very appreciative of everything I learned in Windham School District," he says. "I didn’t have any of those tools before I went in there, and I definitely did not have any of those behaviors that it took to facilitate me having a job with upward movement. It all started there at Windham."

Click on the image to read the original article