"When I got out of prison with a felony, nobody wanted to hire me," says former resident Pablo Gonzales, who overcame the difficulties of building a career after release from the Texas Department of Criminal Justice (TDCJ). 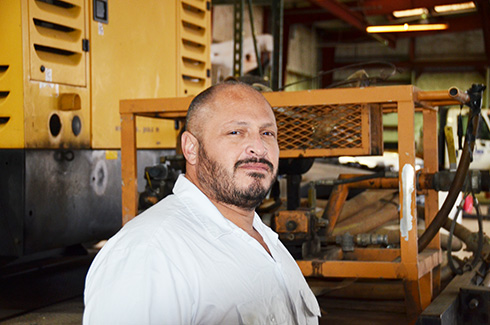 As he shares his enthusiasm for supporting ADB's communications projects, Gonzales rolls up his sleeves to reveal tattoos from time with TDCJ. He served three years in TDCJ and says he wouldn't be where he is today if it were not for his teachers at Windham School District (WSD), the state's adult education and vocational training system within the prison system. Through Windham, he earned his GED and trained in welding with teacher Jimmy Perry, who inspired him to prepare for success.

"Going to school through Windham was challenging because of the environment," Gonzales remembers, "but I'm so grateful I took welding; I've come so far in my career because of the things that I was taught in that program. To WSD teachers, I would say, thank you for your patience and your willingness to teach, even in tough situations."

Gonzales says the welding class at the Terrell Unit in Rosharon is the main reason for his achievements.

"I wanted to gain extra experience, because I knew when I got out, I would be trying to find work in a similar field," he says. "Mr. Perry was a great teacher and role model, teaching me everything from pipe welding to MIG welding and talking to us about the current workforce. He also taught me that you need to sharpen your basic mathematic skills before starting any sort of project."

Gonzales completed WSD's CHANGES pre-release program and left TDCJ with his welding certification and a positive attitude. He became a project manager in Atlanta, Ga., but ADB offered him a job near San Antonio. He returned home. 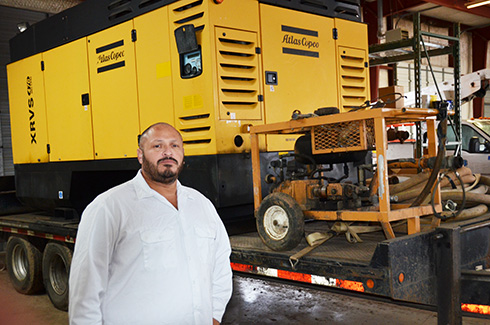 "My job here is to coordinate others' jobs, see how they're progressing and make sure that they're promptly finished. I'm responsible for the work of about 60 men, including foremen and laborers," he says. "I make sure lots of work keeps coming in for ADB. Sometimes when I will go to company meetings or company parties, I see the men I supervise with their families and children. It makes me think, ‘If I slack off on my job, I'll let these kids down.' I have a lot of responsibility for other people."

Gonzales uses his experience to encourage current residents to prepare for life after release by signing up for WSD classes, changing their attitudes, and never losing hope.

"Don't give up when the odds are against you," he says. "When you've got a TDCJ number over your life, there are going to be many strikes against you. I had to choose which path I really wanted. I had to decide to represent me or represent God, and I chose Him. As a result, I enjoy being a father to my kids and working in construction, supporting new technologies.

"I also have the opportunity to hire qualified former residents, especially those who were in vocational training," Gonzales says. "I encourage other employers to give former residents an equal opportunity, like everyone else. Everyone needs a second chance."