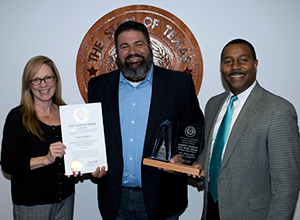 The award was presented by Dale Wainwright, Chairman of the Texas Board of Criminal Justice, and TDCJ Executive Director Brad Livingston during a ceremony held in Austin. 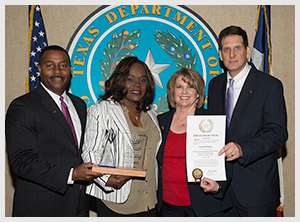 "The unwavering dedication of these volunteers to help others succeed is truly inspiring," said Livingston. "The impact of their efforts will be felt across the state of Texas for many years to come."

"Volunteering is not a choice for the men and women being recognized today," said Wainwright. "They see it as a responsibility and for that we're thankful."

A former Windham School District (WSD) student released in 2006, Mr. Stanley is a successful journeyman electrician who still finds time to give back to an organization that he describes as having "teachers who showed patience, effort, kindness and were very helpful." While enrolled in WSD, Stanley completed the electrical class and worked on the unit for the maintenance department while serving as a teacher's aide. He later earned his associate of arts degree. Mr. Stanley has been a graduation speaker at the Dominguez State Jail where he encouraged and motivated recent GED graduates. His testimony gives students hope for a better future outside the prison walls; one of success and prosperity. He has also served as a panel guest speaker with other successful former WSD students. Mr. Stanley serves as a role model for WSD students because he has walked in their shoes. When current WSD students see and hear him, they are able to visualize having a successful future, too. 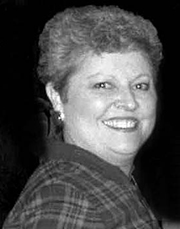 The award is named in tribute to curriculum specialist Judy Burd who worked for the Windham School District where she developed the nationally recognized pre-release program called CHANGES. She was also the Volunteer Program Coordinator for the district who encouraged others to give of their time in service to others. Judy Burd also taught adult education classes at night in her community where she helped many people learn to read and write.

Mr. Stanley is one of 15 individuals and 6 organizations from across the state recognized for their efforts to help inmates and those who are on parole or probation. They donate many hours of their personal time every year with the goal of changing the lives of convicted residents, and aiding and comforting their victims.