Thanks to an anonymous request, Romance author Debbie Macomber donating collection of 100 of her books to Mountain View prison school library 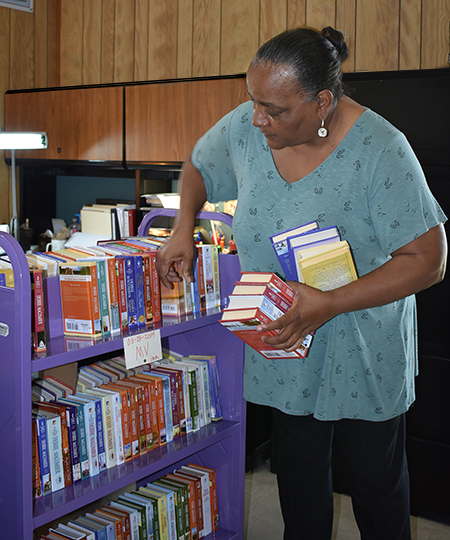 Mystery abounds at Gatesville's Mountain View Unit of the Texas Department of Criminal Justice (TDCJ) after an award-winning author recently donated a collection of her books at the request of a resident. The identity of the female resident who wrote the original letter remains unknown.

"We still don't know who contacted the author. The resident who wrote a letter to this author may have already been released, we are not sure," says Windham School District (WSD) Special Programs Director Dr. L. Craig. "We are just grateful for this generous gift of great books."

The collection of 100 books, which includes a variety of titles, was donated to WSD's Mountain View Unit School library by Debbie Macomber, an American author of romance novels and contemporary women's fiction. She is a prolific author, having written more than 220 fiction novels, 10 nonfiction books and contributions to 22 anthologies in collaboration with other writers. Along with the book donation, Macomber also sent a personal email of encouragement to her TDCJ readers, which can be found at the end this article.

"Macomber's books are about hope and happiness," says WSD Library Services Supervisor R. Gillen, who oversees 86 school libraries throughout TDCJ. "Her themes and background are very inspirational and residents can relate to them."

Beleaguered by dyslexia and attaining only a high school education, Macomber was determined to be a writer despite learning disadvantages and difficult odds.

She developed her first manuscript while sitting in the kitchen with a rented typewriter, all while raising her four children. When she presented her completed work "Heartsong" at a writer's workshop, an editor from Harlequin Enterprises Ltd. recommended that she throw it away. Undaunted, Macomber mailed another copy of the same novel to Harlequin rival Silhouette Books, which immediately bought the manuscript. "Heartsong" would go on to become the first romance novel to be reviewed by Publishers Weekly.

"All of Ms. Macomber's books are heartwarming stories full of love, feel-good humor and family values," says resident A. Gandy, a reader on the Mountain View Unit.

"They seem to all remind me of Hallmark movies." 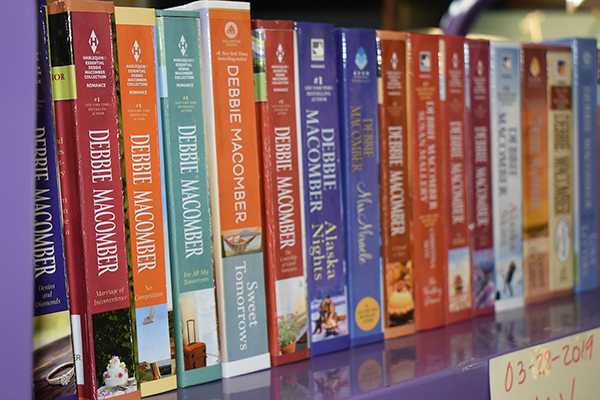 Ms. Macomber's books are amazing! They are truly captivating," says M. Litchfield, another Mountain View fan. "Her characters are brave women who are full of pain, love and positive values. I have not come across a dull story yet."

Actually, six of Macomber's novels have been aired as Hallmark made-for-TV movies and her Cedar Cove series of novels has been adapted into a television series of the same name.

The mysterious resident who reached outside prison walls to communicate with Macomber has bestowed a great benefit on her sisters-in-white. One hundred books of various titles, all authored by Macomber, were donated to the Mountain View Unit at the author's request. Certain procedural steps are followed when such a sizable donation is made. This usually includes getting approval from the Texas Board of Criminal Justice and the Director's Review Committee for the book donations.

"After approval was secured, we had to convert Macomber's donated softcover editions into hardcover versions. The books then had to be catalogued and delivered to their destination, which in this case was the Mountain View Unit," Gillen says.

In Macomber's novels, the stories focus on women and their friendships. Female characters are multidimensional heroines who face overwhelming odds, suffer great loss, and ultimately discover hope, faith, boundless love and that their lives are purposeful and full of meaning.

"My stories are always meant to be positive and are geared towards women — they are filled with hope and inspiration," Macomber tells The ECHO. "They reach the farthest corners of the world, and I am thankful that they also reach women who find themselves behind the walls of correctional facilities." 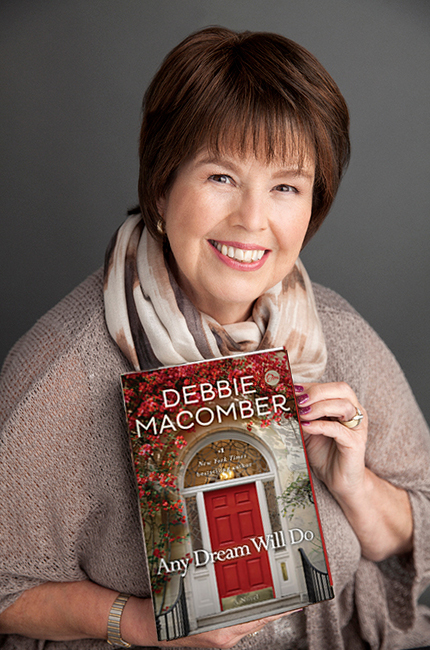 Macomber also published "Any Dream Will Do" in 2017. It is the redemptive story of Shay Benson, whose embezzlement on her brother's behalf sends her to prison for three years, and Pastor Drew Douglas, a widowed father of two. The heroine's struggle for a fresh start parallels the minister's crisis of faith. Inspiration for the book came to Macomber after she spoke at the Washington Corrections Center for Women, and this novel is included in her shipment to the Mountain View Unit.

"What I realized is that these women were not all that different from me. They had all made mistakes and they were paying the price," she writes about the book. "We all need second chances. Sometimes even third or fourth chances."

Not one to shirk the mountain of fan mail she receives, Macomber tells The ECHO she faithfully reads all letters that come her way.

"You probably don't believe this, but I read every piece of fan mail that comes through my mailbox," she says. "I may not have the time to respond to all of them, but I do read them. Hearing from my readers is one of the greatest joys as an author, and I am grateful for the time they take to write."

Women, however, are not the only characters depicted in Macomber's stories. Her male protagonists offer deeply stirring portrayals, which resonates powerfully among male readers.

"I thoroughly enjoy all of Ms. Macomber's novels because they are fictional representations of real life and have a strong, inspiring moral message," says resident T. Henry of the Wynne Unit.

WSD's Mountain View Unit librarians had fun promoting Macomber's books in advance of her donation's arrival. They created displays and "clue contests" challenging patrons to guess the identity of the donating author. The Mountain View Unit should receive the books by May, according to Gillen, who says the identity of the resident who sent the request to Macomber remains unknown.

In addition to writing, Macomber volunteers as a mentor for young people and supports women's literacy and medical research. She was the first fan-elected winner of the Quill Award for Romance in 2005 and has been awarded the Romantic Times Magazine Distinguished Lifetime Achievement Award.

The celebrated author's books remain popular with many readers in TDCJ, and she sends these readers a message: "I want to bring hope to all of my readers, and am glad that my books inspire those behind bars! This is not the end for those of you who are incarcerated, but the beginning of better things ahead of you — if you choose that path."

“I want to bring hope to all of my readers, and am glad that my books inspire those behind bars! This is not the end for those of you who are incarcerated, but the beginning of better things ahead of you — if you choose that path.”
Author Debbie Macomber