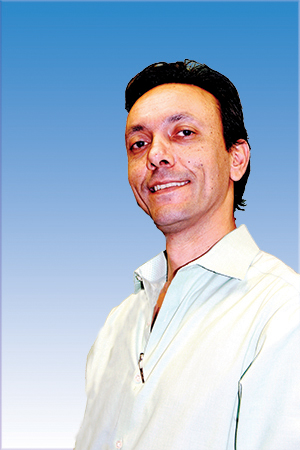 "The vocational training I received through Windham School District (WSD) created an opportunity to get a job after release," says former resident Charlie Morris, who transformed prison time into an electrical industry career following his experience in the Texas Department of Criminal Justice (TDCJ).

"When I started my post-release career in electrical trades more than 16 years ago, I was working in a ditch doing 'undergrounds' –- putting in pipes and conduits to bring electricity to different buildings," he says. Morris has now risen to the position of field superintendent for Partners Electrical Firm in Houston, specializing in "tenant build outs" in Houston high rises. He works closely with electricians who share his enthusiasm for developing new projects with general contractors, architects, engineers and end users.

Hard work and determination brought Morris to this point, but his story was not always positive. He first came to Texas as a teenager from Peru and found himself "going down the wrong path at about 18," he says. "I got in some trouble and was put on probation, and then I decided to leave the country. When I got back to the States, my probation was revoked; I was sentenced to four years in TDCJ."

After being moved from unit to unit, Morris arrived at the Luther Unit in Navasota. Windham electrical teacher Frank Goodman completely changed his new student's path with cutting-edge training and constant encouragement. Through Goodman, Morris met other inspiring professionals. 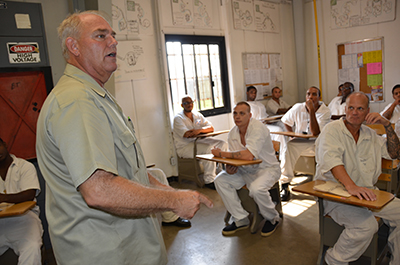 "I remember going to a unit career day in the school and gentlemen from the Houston Electrical Chapter visited. They were well dressed, well-spoken and full of current employment information," Morris says. "I knew I would really like to work in the same field.'"

After Morris earned his GED, successfully completed a life skills pre-release program, studied electrical trades and earned his NCCER (Electrical Level-1) certification through WSD, he found his release day from prison was only the beginning of new challenges. After three and a half years in TDCJ, it was predictably difficult for him to find a job. He went to work at his brother's mechanics shop, but eventually found an opportunity to work with associated job contractors in Houston. He decided to go back to school at night during the week and earned his journeyman's license, and eventually his master's license.

Just two years after the inspirational Luther Unit career fair, Morris found himself actually working in the free world alongside the same visiting electrician who inspired him to change -- and he has now done so for nearly 15 years. Morris has also returned to speak at the Luther Unit, encouraging current residents to take control of their future through education.

"It is important for residents to get some kind of skill or education while they are incarcerated so they can have something to rely on upon release," he says. "The construction industry in Texas is booming, and oftentimes the industry is shorthanded," he says. "We need plumbers, electricians, HVAC guys and more. I encourage residents to spend their time wisely and get one or more trades under their belts."

Along with work, Morris teaches a bilingual class for the Independent Electrical Contractors apprenticeship program.

"I really enjoy teaching," he says. "When I came here from Peru in my teens, I already knew English, so the transition was easy for me. I like to help others who did not have that same good luck but are trying to better themselves. This is one more way I can show appreciation for the Windham teachers who helped me find a second chance."