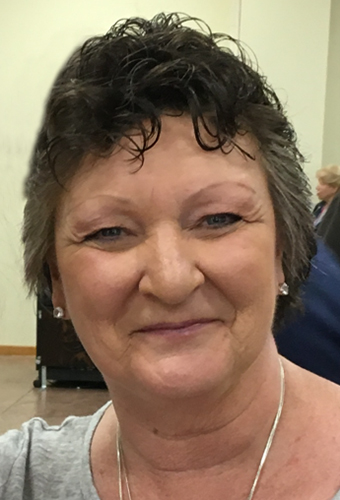 "I did a lot of damage in my lifetime," says former Windham School District (WSD) student Linda Marlin. "I would really like to try to help people realize that there is another way."

Marlin was incarcerated in 1991 when she was 36 years old and living a life of addiction. She credits her time with WSD and seven years with the Texas Department of Criminal Justice (TDCJ) for saving her life and helping her change it. She has now been living free for 25 years. This former resident speaks to current Windham students to give them hope while changing their own lives, and she cites earning the GED as an important factor in her success.

"I'll show a few pieces of paper, but this is the single most important one," she tells her audience at Woodman State Jail, holding up an award.

After release, Marlin received her license to become a certified drug counselor and began working with HOPE (Helping Open People's Eyes) Inc. This program was designed to promote recovery from substance abuse, cognitively restructure criminal thinking and provide tools for successful reintegration into society. She now visits WSD as the CEO of HOPE Inc., speaking to current students about the importance of education in building a positive life.

"I knew I had a problem, I just didn't know what to do about it," she says. "I didn't care about anything. I was addicted to money and instant gratification, and I didn't have the tools to change." She says change was introduced into her new life by WSD literacy classes and the CHANGES pre-release program, where she learned to alter her thinking.

Marlin endured a traumatic childhood of abuse, reacted with escalating bad behavior, and she was finally kicked out of her home at the age of 14. She was quickly recruited to serve a drug cartel, driving from Houston to Dallas to deliver marijuana and cocaine. She had fast money and easy access to hard drugs for 22 years, and was consumed by her own drug use.

Looking back, Marlin said being incarcerated was the best thing for her life. At first, she was reluctant to change her life, saying she fully intended to get out and continue to sell drugs. Now, she is thankful that she came in contact with educators and peers who helped her find the right path. She praises WSD for helping her change her thinking and put those changes into practice.

WSD teachers Kathy Gladden and Betty Oryedas played a big role in Marlin's life by treating her with respect, while teaching her literacy and life skills.

"Every morning Mrs. Gladden would come in and say, ‘Good morning, lovely ladies.' I had never been called a lovely lady in my whole life! I had never had anyone glad to see me," Marlin recalls.

That shift in perspective was especially important when Mrs. Gladden put Marlin on a list to test for the GED. Despite doubting herself and feeling incapable, Marlin persevered with the support of her teachers.

Today Marlin stays busy as the CEO of HOPE Inc., leading 29 employees who help others in five Texas locations. She said she enjoys reaching others and challenging them to redirect their futures.

"If you're not changing right now, you can forget about it," she says. "CHANGE starts right this second. It starts today."

To a WSD welding teacher from a former offender student -
"I got a job welding and I had to write and just thank you so much for putting me ahead of the game."

Role Model - Success Story -
"I talk to them about how important education is and how hard I'm trying to prove that to them."

NEW - They didn’t give up - "It makes me feel really good to know that these guys aren’t giving up just because they’re in prison." 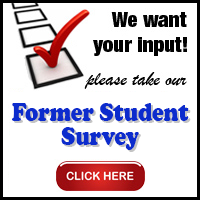